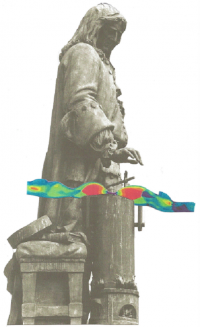 To explain the problem, we apply the Laws of Thermodynamics to a safety valve:

– As the jet is channeled downstream through a release pipe, the jet’s kinetic energy is converted into other forms of energy, including calorific energy, vibrational energy, sound energy, etc.

Why so many serious incidents?

Serious incidents occur because fluid escaping a valve has motive power measuring  tens of megawatts that can  brutally excite structures and damage them.

How can we quickly degrade the kinetic energy of these chaotic and violent jets? That is an untouched problem of physics.

How kinetic energy can be massively and rapidly degraded is a poorly understood process in thermodynamics. 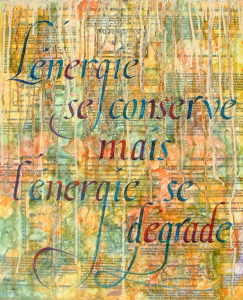 The Principle of Least Action

The Principle of Least Action (Fermat, Maupertuis, Euler, et al.), which was proven by analytical mechanics (Lagrange, Hamilton, Jacobi, et al.) is based on the following supposition:

However, this supposition ignores friction; it does not acknowledge disorder or entropy. Physics based on this supposition is therefore unable to degrade kinetic energy. We can summarize the classical laws of thermodynamics as follows:

Energy is conserved, but energy is degraded.

The Principle of Worst Action

In the case of valves and other devices,  we can summarize the Laws of Thermodynamics  as follows:

Energy is conserved, but energy must be degraded,

This statement illustrates our determination to create enormous amounts of irreversibilities, entropy and disorder.  We elevate the Second Law of Thermodynamics  to the rank of Principle of Worst Action, which is diametrically opposed to the Principle of Least Action .